While camouflage was once synonymous with military personnel or those with an outdoorsy lifestyle, it’s virtually impossible to walk more than a few city blocks without spotting someone draped in the highly recognizable pattern.  A form of visual deception, “camo” was once used to blend into one’s surroundings, but ironically has cemented its place in mainstream fashion as an eye-catching style standout. The runways of Valentino, Balmain, Versace, and more are abounding with flashes of camouflage, a true indicator that the trend has major staying power. But why as a society are we so head-over-heels for this military-inspired print? Could camo be the new black?

Many women remain unaware that wearing camouflage is not merely a bold statement; it also has practical applications. I don’t know about you, but I can’t wear white or pastel around my kids for more than 25 seconds without being splattered with peanut butter or doused with ketchup. Ever wear white pants to a pizza party with 15 toddlers? I didn’t think so. And as much as I adore light colored garments, I have a severe aversion to spending time in my laundry room. I would much rather be playing with my kids than battling a Sharpie stain with Oxyclean. The designs used to outfit our nation’s bravest are more than capable of withstanding a shrapnel of diaper blowouts, spit-up, and slingshot purées, which is why as mom of an infant and toddler, the camouflage pieces in my wardrobe are my most essential commodities. Even after several hours playing in the grass or chasing after my son on the playground, my camouflaged garments remain neat and unblemished. 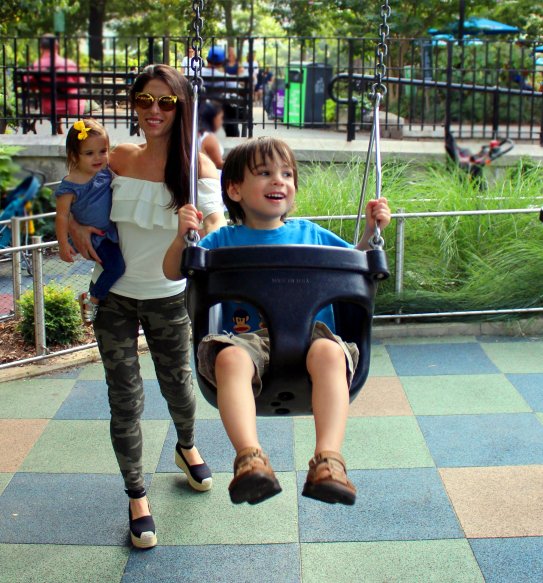 Above all else, what I love most about camouflage is its versatility.  The classic print is gender-neutral and can be worn by people of all ages. The design’s subdued hues seamlessly cascade into each other creating the iconic patterns that are easily paired with both neutrals and pops of color. And while sweat pants and activewear made from the popular print are most traditional, skinny jeans and tailored blazer in a camouflage print are ultra-chic wardrobe additions. In fact, I wouldn’t be shocked if we see military-inspired looks on the red carpet this award season.

Although we most often see camo in earthy greens and browns, some of my most favorite pieces are those that incorporate vibrant colors.  Take a peek at my favorite pieces below. 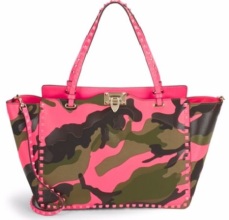 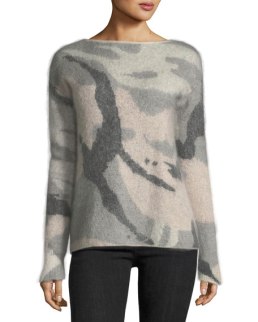 I need these studded leather gloves because it’s winter.... and I have hands. @saks ⁣
Pink ladies 💗💗💗 @terez
Keep your friends close and your sushi closer @hinokigreenwich
Monday blues 💙💙💙⁣
Peony power 🌸🌺🌸 @mackage
Faux real 🤎🖤🤍🤎🖤🤍
Friday. We out.⁣
2023 goal: ✨Sparkle✨ every day @glacierfresh⁣
A virtual New Year’s card from our family to yours 🎊⁣
Sea la vie 🐚🐠💦
Living the sweet life at @thesugarfactory 🍭🍭🍭
Recapping my favorite photo shoots of 2022 💗
Instagram vs Reality - vacation edition 👌🏼
Recapping my favorite looks of 2022 ✨ Tell me your favorite in the comments below ⭐️
From Bloomies to Broadway! Thank you @studio59atbloomingdales and @mjthemusical for the best girls’ day!
Jingle bell rockin’ into the weekend at the @iheartradio Jingle Ball. Thank you @iheartradio for such a magical evening ❤️
A peony for your thoughts 🌸 @mackage
All of this reality is really cutting into my shopping time
@wearcommando leggings styled 4 ways - which is your favorite? 💖
Ballin’ ⚽️🏈🏀 @scotchbonnet_outerwear