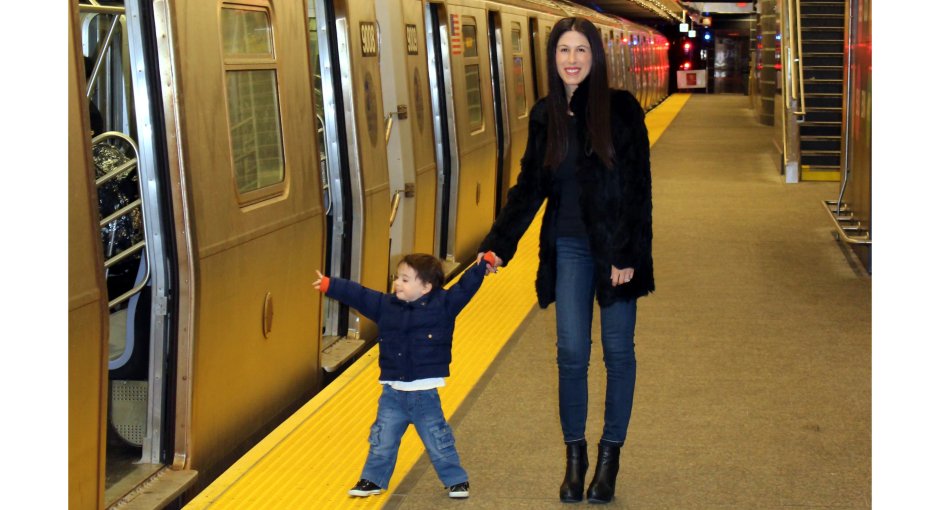 Like most Upper East Side moms and residents alike, I was absolutely ecstatic about the January opening of the mythical Second Avenue Subway project after decades of setbacks and delays. Aside from easing congestion along Manhattan’s East side and providing efficient transportation to other neighborhoods, the unveiling of the long-awaited project also provides unique opportunities for those of us with young children.

New York City weather is as unpredictable as the sale racks at Bloomingdales on Black Friday, and much to my chagrin, my rambunctious 2-year-old doesn’t share my affinity for hibernating indoors in sub-zero temperatures, torrential downpours or the most simmering summer heat waves. The 86th Street subway station has become a frequent fieldtrip destination for my kids, especially on days when either rain or severe temperatures prohibit outdoor play. The subway platform at the 86th Street station is 93 feet below street level and impervious to the city’s most severe weather elements. And unlike most other subway lines, a mechanical cooling system within the station will be activated this summer to maintain a comfortable temperature of approximately 10 degrees cooler than outside at street level.

As my toddler approaches age 3, it’s becoming increasingly difficult to keep him entertained within the confines of our Manhattan apartment. Always on the hunt for new adventures and opportunities to assert his independence, he thrives in new environments and enjoys being an on-the-go tot. Because of his blossoming curiosity about the world, I present him with frequent hands-on experiences to keep him physically active and nurture his urge to know more. He’s been enamored with the Q Train since its Upper East Side inauguration and we can’t pass by its entrance without him pleading to go for a ride. The first order of business when headed to the subway is perhaps my toddler’s favorite part – descending via escalator deep into the cavernous station. I use this opportunity to teach and reinforce the basic safety measures of facing forward, holding hands, and being cognizant of what’s going on around us at all times. Although we always avoid rush hour, the escalator can be treacherous for toddlers and it’s imperative to take the proper precautions to avoid injuries.

Once on the train platform, we eagerly await the arrival of the train. As it approaches, my toddler beams with excitement and his silky baby strands blow wildly in the breeze of the oncoming train. Years from now, I will remember him as joyful as he is in these tender moments. When the doors open and people file in, he knows to quickly locate an empty seat and sit down. And when the train starts moving, he’s in all his glory, squealing with delight as the train accelerates down the track. It’s not long before my toddler amasses a fan club of passengers who are enchanted by his playful demeanor and irresistibly sweet face.  A natural performer, he feeds off this attention and loves making new friends. It doesn’t matter where the train stops or what’s nearby; as soon as we exit the subway car and ride the escalator to street level, he’s ready to turn around and do it all again. 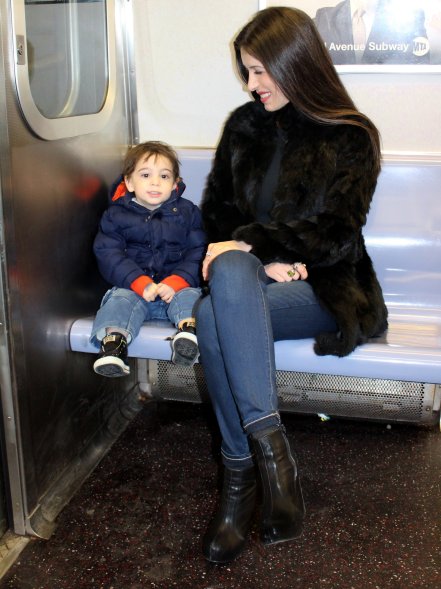 Although he’s barely 2.5 yrs old, my toddler enjoys examining the large New York City Subway map in the train car and pointing out various locations around the city. He understands that the colored lines represent different trains and that straphangers ride different trains to get to different places. We’ve had many conversations about how the subway is a means of connecting people in different neighborhoods city-wide. I point out landmarks he recognizes (such as JFK Airport and his favorite parks) and we discuss which train line we would take to reach those points. Two-years old isn’t too young to be introduced to basic concepts of geography and by allowing him to take an active role in the discovery process, I’m laying the foundation for a lifelong love of learning. Next stop – the New York Transit Museum!